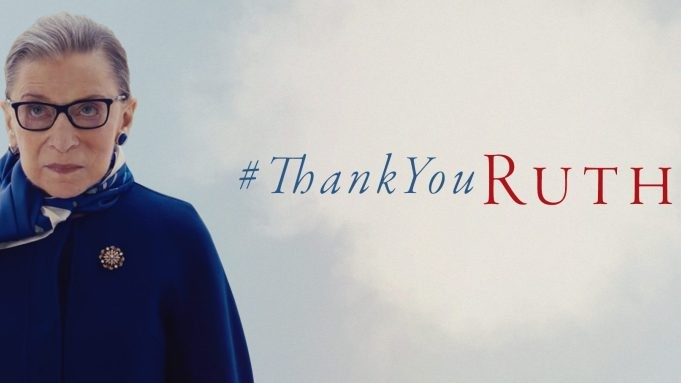 An Icon. A lioness of the law. A trailblazer. The great equalizer. A dissenter. These words describe the late Supreme Court Justice Ruth Bader Ginsberg (RBG). Following the news of her death at 87 years old, the masses took to social media to praise her accomplishments. RBG’s groundbreaking career and achievements are too many to list. Still, they include graduating from Columbia Law, and she was the second woman to serve on the supreme court, appointed by Clinton in 1993.

Prominent figures who took to social media after her death included Brie Larson, Hillary Clinton, Nancy Pelosi, Barbara Streisand, and Donald Trump. They all shared sentiments on her impressive career, commenting on how she paved the way for more women in politics and thanked her for her service to the country. President Trump’s reaction was caught on tape as he declared that “she was an amazing woman whether you agreed or not.” These were only a few among many people who shared Justice Ginsberg’s remembrance. Private citizens, other celebrities, and politicians also shared in the loss of such a great human over social media. She has paved the way for all of us, men and women alike, to live in a more fair and just United States. Rest in peace, Ruth Bader Ginsberg.