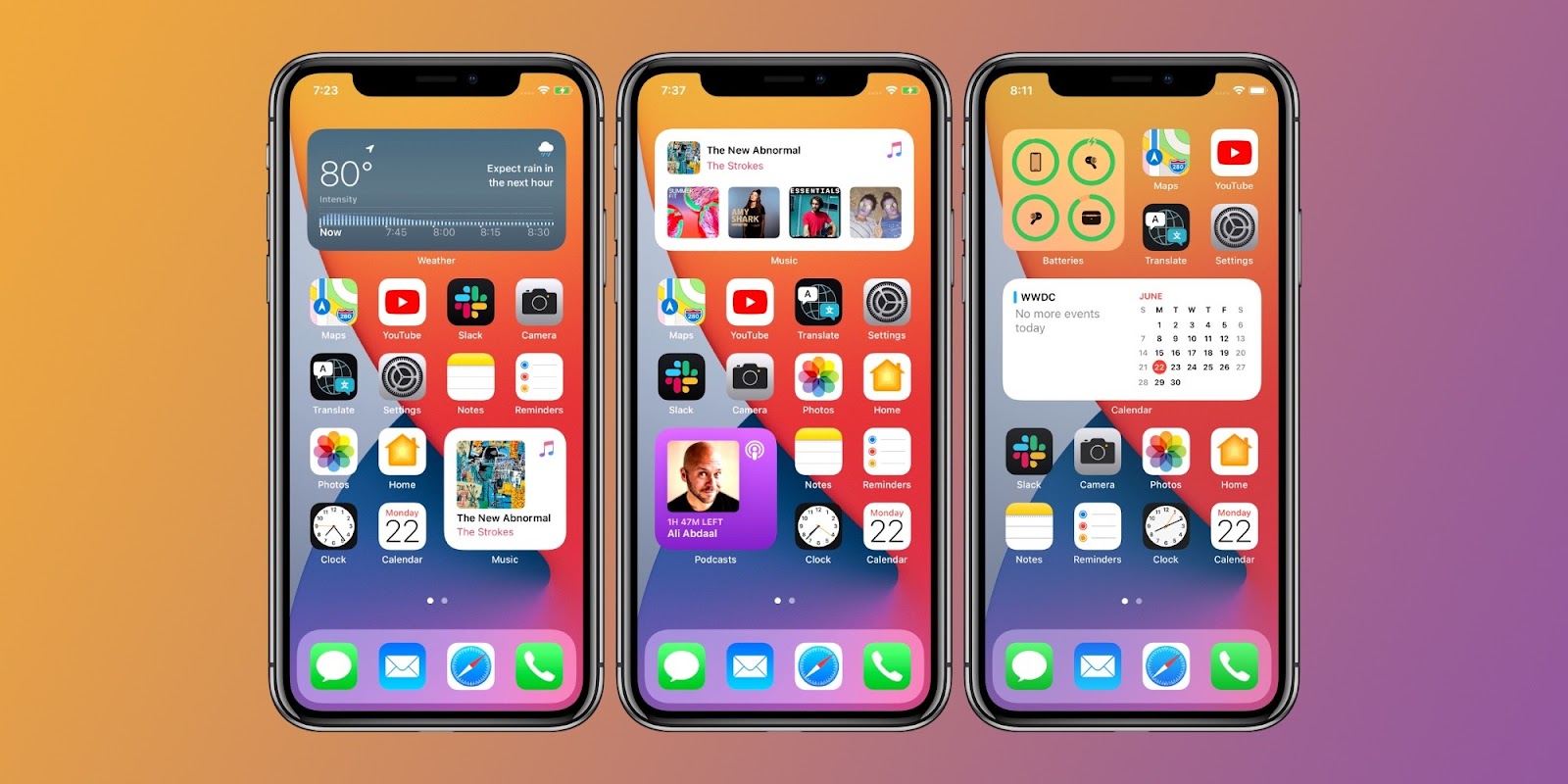 TL;DR Every once in a while, Apple comes out with a big update bringing lots of changes; with IOS 14, this was one of them.

This week there was a new IOS update for all iPhones and iPads. This update wasn’t one where they made a few “bug fixes”…no, no, no; they changed about 250 new features for iPhones and iPads. One change that’s been trending is the further use of widgets. These widgets allow you to customize your home screen at a level we’ve never seen before. Users can create a variety of “stacks” to customize their app layout to maximize what works for them.

The IOS 14 update also marks the introduction of picture-in-picture to the iPhone, which had previously only been an option on the iPad. Another cool feature added allows users to access their shortcuts by tapping the back of their device; with this, users can set up a double or triple back tap, which takes users to virtually any shortcuts. Apple also added an orange and green status bar dot that helps you understand what apps are using your microphone and camera.

While there are more updates than the few we touched on (way too many to list), these new widgets and features seem to be the most talked-about with excitement. If you have a favorite part we didn’t mention, we’d love to hear it. Please leave a comment!