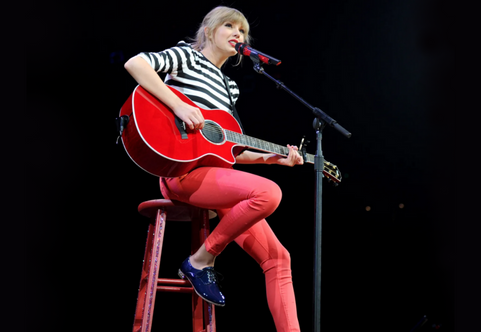 TL;DR Ms. Swift has done it again! She just dropped the release of her new re-recorded album, ‘Red (Taylor’s Version).’

Taylor Swift is an absolute powerhouse. Her discography is a force to be reckoned with as she’s re-recording her albums to reclaim legal ownership of her music. Taylor plans to gradually re-release her nine studio albums, surprising fans with release dates. She just announced that her new album Red (Taylor’s Version)’ will be released on November 19th with more songs “from the vault.” This means the new album will have 30 tracks! Swifties are going absolutely crazy.

Taylor wrote the additional songs before 2012 to release with the original ‘Red’ album; however, only some of them made the album. She said she couldn’t stop writing songs as this era in her life revolved around emotions of being happy, free, confused, lonely, devastated, euphoric, wild, and tortured by memories past. Taylor also added that this writing and recording ‘Red’ helped to heal her during some tough times.
We’re looking forward to hearing the re-recordings and listening to how much this pop star has changed and matured over her many years of fame.

Not only do we get 30 songs, but Taylor also dropped that we might be getting a 10-minute-long version of the iconic ‘All Too Well!’ While we don’t want summer to pass by quickly, we cannot wait for November 19th; sad girl, autumn is approaching! Let us know what song you are most excited to hear on the re-recordings.