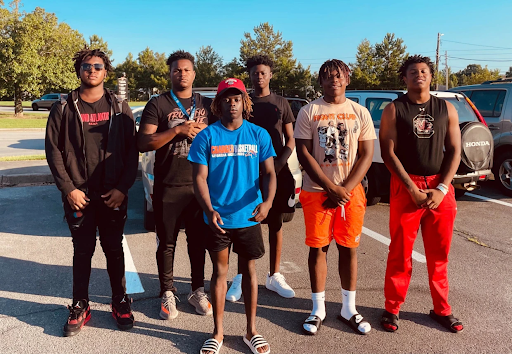 TL;DR: GenZ high school football players rush to help and save an elderly woman trapped in her car from an accident.


Have you heard this feel-good story about GenZ football players saving lives? Six high school football players, Cesar Parker, Treyvon Adams, Antwion Carey, Messiah Daniels, Tyson Brown, and Alto Moore, worked together to save an elderly woman in an accident trapped in her car. The Football players from Rome, Georgia, got out of their vehicles from different vantage points at the intersection and rushed to help upon arriving at the scene. Luis Goya, a teacher at the boy’s high school, described the scene in a social media post:

“This morning, I witnessed something amazing that our Rome High Football players did,” he wrote, sharing photos of the aftermath. “While I was in front of the school during my morning duty, I heard a loud noise at the intersection that appeared to be a wreck. While I was running to the intersection, I noticed that two cars were involved. There was a 50-year-old lady trapped in her car and couldn’t get out. Smoke started to come out of the car, and fluid started to spill everywhere in the intersection. The door was jammed and in terrible shape.”

These high school football players worked together to get the lady out of her car, prying open the driver-side door. What great role models! In our post-covid world, our community engagement and community service have begun to return to normal…whatever that means? After years of isolation, going back to face-to-face contact and reading about GenZ doing good for others gives us hope.

We are beginning to see a trend of selflessness among Gen-Z. They are more community-oriented and willing to advocate for causes that don’t necessarily impact themselves. It is refreshing to know that we are creating a culture that requires us to care about issues in the world and issues that directly affects people in our surrounding communities.