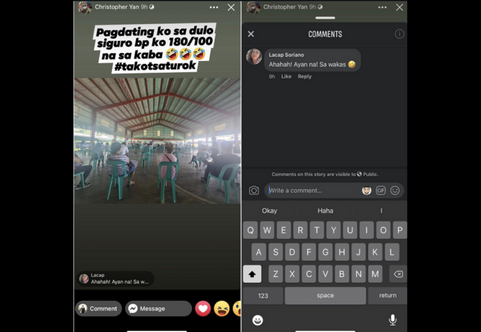 TL;DR Facebook is testing a brand new public comment feature on Stories that could create some competition between platforms.

Facebook has added another layer of engagement with its brand-new option to reply to stories! The new format splits a user’s response into two options; one can either leave a public comment that would be seen by all viewers or leave a message that directly goes to the user who posted the story. The message option was previously there; however, Facebook is testing the ‘comment’ section.

While this may seem a pretty minuscule feature, it could have some significant implications. Other massive social media platforms such as Instagram, Twitter, and TikTok have yet to implement this new feature, so this sets Facebook aside in a big way. The public comment section will help solidify engagement between users and companies, overall strengthening connections. Additionally, if users actively respond to comments, others will see that and be more likely to share their thoughts on the story. If the testing goes well, this feature will be a great way to level up your online relationships!

This could create some competition between other social media platforms we use. Do you think an app like Instagram will hop on the trend after Facebook? We certainly do. Please let us know what you think in the comments.