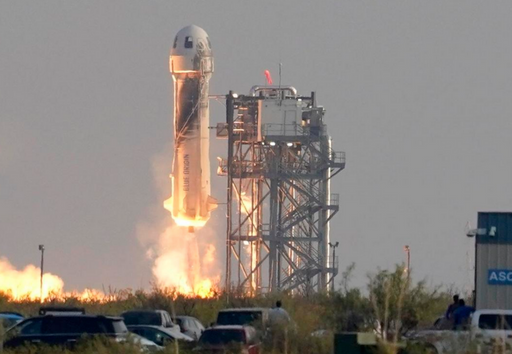 
Remember the $28 million Blue Origin auction winner we told you about that was supposed to go to space with Jeff Bezos? Well, it turns out the lucky victor turned down the opportunity because of a scheduling conflict. Who can’t make time to go to space? As most of the world knows, the new passenger on the suborbital trip departed and landed just recently on July 20th. The mission was successful, and the four crew on board said they enjoyed every minute of it.

The Gen Z, 18-year-old Oliver Daemen, who replaced the auction winner, got to travel alongside Jeff Bezos, Mark Bezos, and Wally Funk. The Dutch teenager is the son of a prominent private equity executive and the youngest person to ever fly to space. Daemen is the first paying customer of Blue Origin. However, the company has not disclosed the family’s price to get on board. It was the 16th successful flight for the New Shepard flight, although it was the first launch with actual passengers on board. Blue Origin plans to launch at least three more flights with science payloads and passengers by the end of 2021.

What are your thoughts on the space race? We think it’s pretty crazy that the anonymous auction winner chose to skip because it failed to fit their schedule. Do you think they got cold feet? Let us know about your thoughts on new Gen Z passenger Oliver Daemen and the successful New Shepard flight that recently took place.