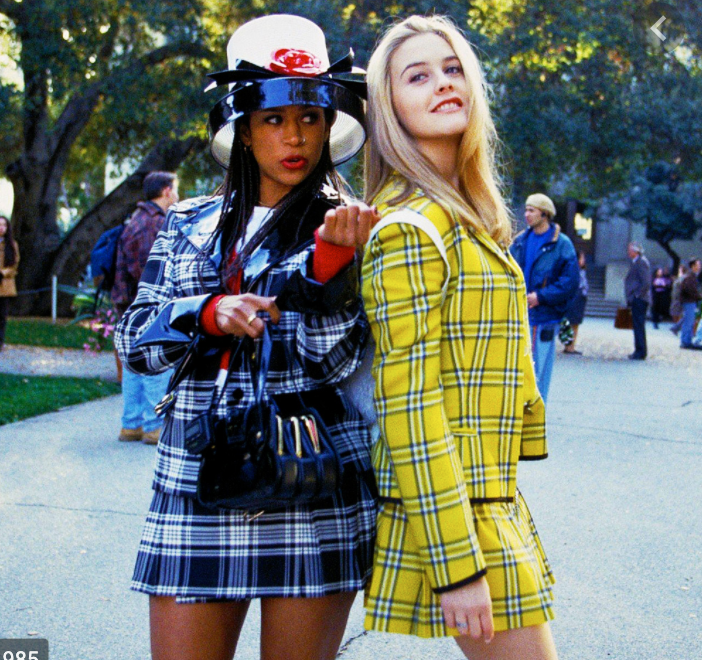 It’s hard to think of the iconic movie ‘Clueless’ without the classic Alicia Silverstone coming to mind. She just made her grand entrance to TikTok with a reenactment of her famous ‘As If’ scene from the movie. Silverstone’s impersonation of her old character Cher Horowitz had fans going crazy. The video racked up over 34 million views! This proves that 26 years later, the actress has still got it. Silverstone even wore the same yellow plaid ensemble that is one of the most recognizable outfits for all of Gen Z, Millenials, and Gen X. The TikTok replicates the scene where Cher is walking to school when a male student wraps his arms around her, and she screams the iconic mantra; “Ew get off of me! Ugh, as if!”

Silverstone replaces the male student with her adorable son in the new video. After pushing him away, she goes back in for a loving embrace. Her comment section is filled with thousands of fans welcoming her, and her son for that matter, to the popular app. Silverstone gained just under 2 million followers after joining, proving just how timeless Cher Horowitz truly is. Next, we need Paul Rudd to join in on the fun!

Once again, TikTok proves the power of how quickly a short clip can go viral. Fans have been “totally buggin” because of Silverstone’s TikTok, and hopefully, we don’t have to wait too long to get more content.