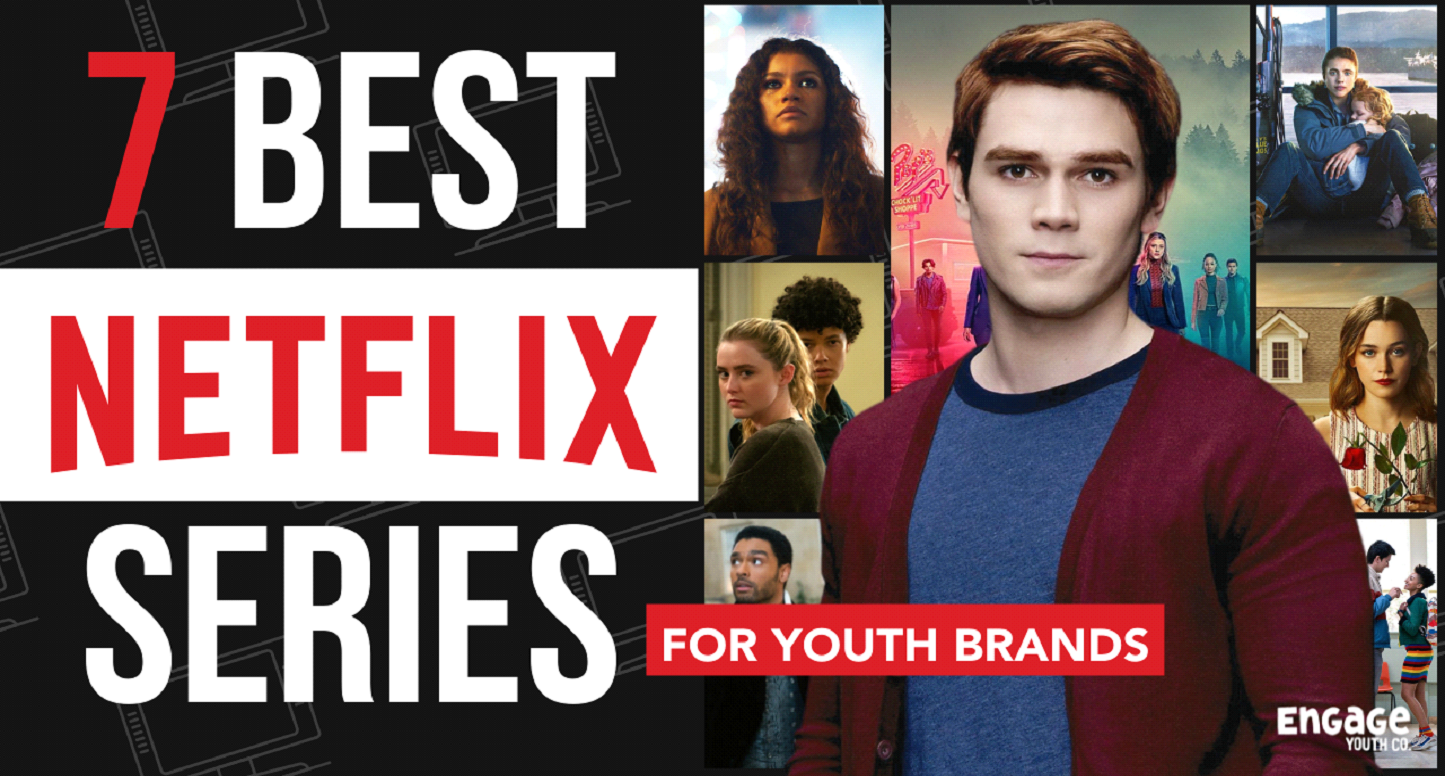 Teens and young adults aka Gen Z are able to spill the tea on just about every binge-worthy series. There are endless amounts of possibilities for young viewers to stream. Many recent shows have done a fantastic job capturing the Gen-Z experience, viewing diverse and emotionally compelling storylines. Shocking or not shocking, here are the top 7 Generation Z shows that have massive viewership! What’s important to them is that they can’t get enough of shows that feel authentic, have diversity, have relatable humor and plot lines, and something they can identify with. Let’s dive in!

First up we have the mind-blowingly relatable series, Euphoria, which first premiered in the summer of 2019. We are so excited that the new season came out, starring big-name celebrity Zendaya! Check out the first few episodes on HBO Max. Euphoria is a series about a group of high school students who learn lessons through their experiences with drugs, sex, love, and relationships. It covers a range of pressing everyday issues that high school teenagers face, showing the raw ups and downs; and they aren’t afraid to sugarcoat it. Gen Z is obsessed!

Next up, we have Bridgerton, a period drama with a modern twist. Who would have thought we would bop to Ariana Grande’s ‘Thank You, Next,’ by a string quartet band? Bridgerton is precisely what many young viewers are looking for. The clothing is fantastical, the scenery is opulent, and the show carries us to a nostalgia of time that we can only dream of. If you are drama hungry, you’ll love this diverse and beautiful ensemble cast. Everyone loves a good secret, if you know, you know. If you don’t, check it out. Season 2 is coming this March!

‘Sex Education,’ the awkward and hilarious show, has been grabbing young viewers’ attention left and right. With its raunchy humor and honest insight into the reality of teenagers’ romantic lives, it’s been dominating Netflix’s Top 10. Never underestimate the power of the Gen Z effect. A coming-of-age comedy that got it’s viewership for its open and honest depictions of sexuality in young people. With 3 seasons under its belt, season 4 is being renewed this year!

Who would’ve thought we would be binging a series about a serial stalker? The Netflix series ‘You’ shows some of Gen Z’s stalking fascinations taken to the next level. Joe Goldberg, played by Penn Badgley, the main character (and psycho might we add) makes cringeworthy decisions we can’t stop watching. It’s hard to root for him, but that’s why this suspense thriller is so addicting to young viewers. If this is your cup of tea, check out the crazy if you haven’t already!

The new series on the block, Maid, has totally been flying under the radar until now. The storyline focuses on a woman named Alex, dealing with a string of unfortunate events in her life. Alex, played by Margaret Qualley, stars alongside her TV and real-time mom Andie MacDowell. The bonding mother-daughter storyline is relatable to Gen Z. Props to her for acting with her mom. We love a nepotism baby duo! If you want a heart-wrenching story and are in for a good cry or two, be sure to check it out on Netflix.

Are you a comic book fan? The series Riverdale follows the original plotline of the drama-filled Archie Comics. If you crave mysterious adventures, love triangles, and unexpected surprises, you’ve come to the right place. We would best describe Riverdale as a quirky thriller. Right up Gen Z’s alley! It has an OMG factor! You can completely relate to the characters in this show. Anything can happen; we are still just as confused about the whole ‘Gargoyle King’ as well, trust us!

Wouldn’t you agree that Gen Z’s dream is to live in a town where there are no adults or rules? ‘The Society’ is a mystery thriller show centered on a group of teenagers living in West Ham, Connecticut. They are trying to cope with their new lives as they run their community by themselves after the rest of their population has disappeared. The teenagers defy any adult expectations and do basically whatever they want, whenever they want. Did we forget to mention the part about how they can’t leave the city’s limits? They also have to learn how to run a participatory democracy all while being 18 years old! Big yikes!

We hope we helped you find the 7 trendiest shows of Gen Z! Go find your Netflix N’ Chill buddy and binge-watch these killer series. Engage Youth Co always gives you the most up-to-date trends in social media. Stay tuned for what’s to come!